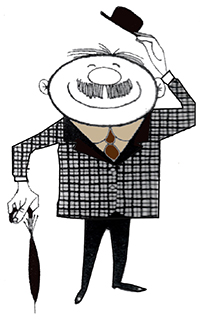 One trading company which I visited recently especially impressed me. I had an appointment at 10:00 A.M. with the president of the company. But I arrived 20 minutes early. The president was not in his office yet, so I sat down in the reception room. About 10 minutes later, there was a slight commotion in the adjoining room. The president had arrived and the three ladies who were working in the room rose to greet him. As the president walked past the three secretaries, he greeted them in English. "Good Morning, Young Ladies." They returned the greeting in English: "Good Morning, Young Boss."

When I met the president, I told him I had heard his greeting. He replied, "We've been exchanging that greeting for years. We are all getting older. It's a good way to begin the day. A person is not old until he thinks he is old. "

I felt a little younger myself, as I left the office.